Russia is implementing a project that is unique in many respects: ice-resistant Arctic platform for the development of the Kamennomysskoye-Sea gas field is being constructed under a 'distributed shipyard' principle. Several shipbuilding companies of Russia’s European part will build the platform modules which will be later delivered to Kaliningrad for assembly.

The 'distributed shipyard' principle allows for construction of large marine facilities involving several companies through a modular approach. That lets load a variety of facilities and reduce the period of construction.

That is the principle deployed in Russia for construction of ice-resistant platform LSP “A” intended for the development of the Kamennomysskoye-Sea gas field.

The Kamennomysskoye-Sea gas field in the Ob Bay of the Kara Sea is being developed by Gazprom. The field is situated in a marine environment characterized by low temperatures (up to minus 60 degrees Celsius), heavy storms, shallow depths (5–12 meters), and thick and dense freshwater ice.

The key facility in the development of the field will be a special ice-resistant platform the construction of which was launched in June 2020.  The platform is to be delivered to the field in the summer navigation period of 2024. Production operations are due to commence in 2025. The platform will be more than 135 meters long, 69 meters wide, 41 meters tall from the base to the helicopter pad, and its weight will exceed 40,000 tons in total. The structures placed on the platform will include, inter alia, main and auxiliary drilling modules, operational and energy complexes, and living quarters for 120 people.  The platform was designed by domestic bureaus.

To build a technologically sophisticated facilities, a number of Russian shipbuilding and machine-building centers will be deployed. 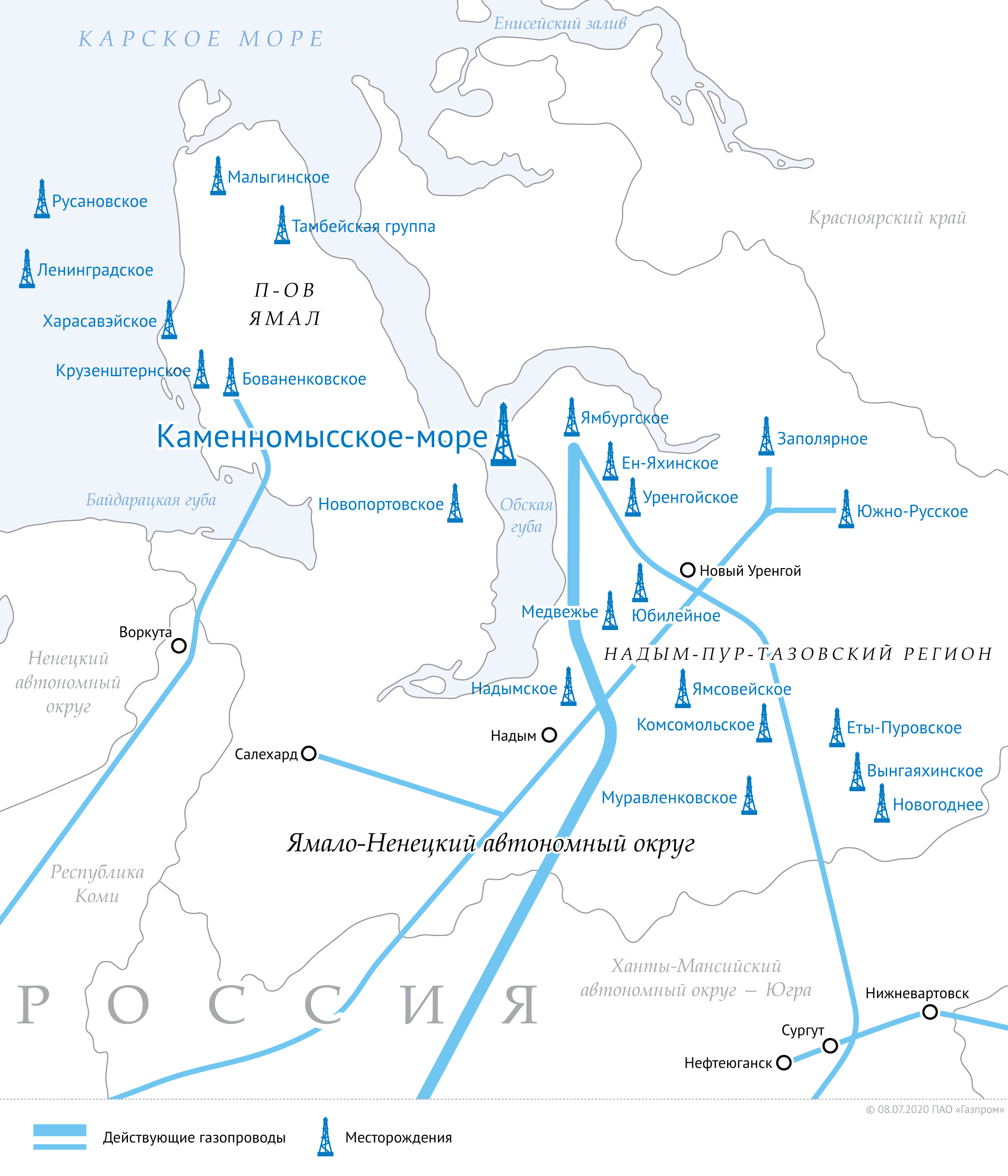 LSP “A” will consist of two main parts – substructure and superstructure.

As for the superstructure, auxiliary drilling module weighing 2,622 tonnes, the energy complex of 2,412 tonnes, the operational complex of 2,202 tonnes, flare boomsa and supports (440 tonnes) will be manufactured in the Astrakhan Region. The accommodation module (1,534 tonnes) will be manufactured in Kaliningrad with the main drilling module (1,473 tonnes) to be produced in Yekaterinburg.

As for the substructure, it will comprise the central part and two side ones. The central part will be built at production facilities of Southern Shipbuilding and Repair Center in Astrakhan through a balanced loading of companies. One of the side part will be also built in Astrakhan with the other one to be produced in Severodvinsk. The substructure will be finally assembled in Kaliningrad.

Components of the substructure will be delivered from Astrakhan to Kaliningrad by inland water ways involving a special fleet which is a complicated but frequently performed logistic operation. The superstructure blocks will be transported by the Astrakhan-Svetly route on the Volga river, the Volga-Baltic Canal, the Gulf of Finland and the Baltic Sea with the total length of the way to make 4,017 kilometers. According to the plan, the transition will take about a month. The substructure blocks will be also transported from Astrakhan to Kaliningrad (a total of 4,040 kilometers). The entire operation should be performed within a navigation period (April-November).

Upon completion of the substructure, the superstructure blocks will be assembled on it. The works will be conducted in the Kaliningrad Region. Then the LSP will be prepared for the delivery and for transportation to the field.