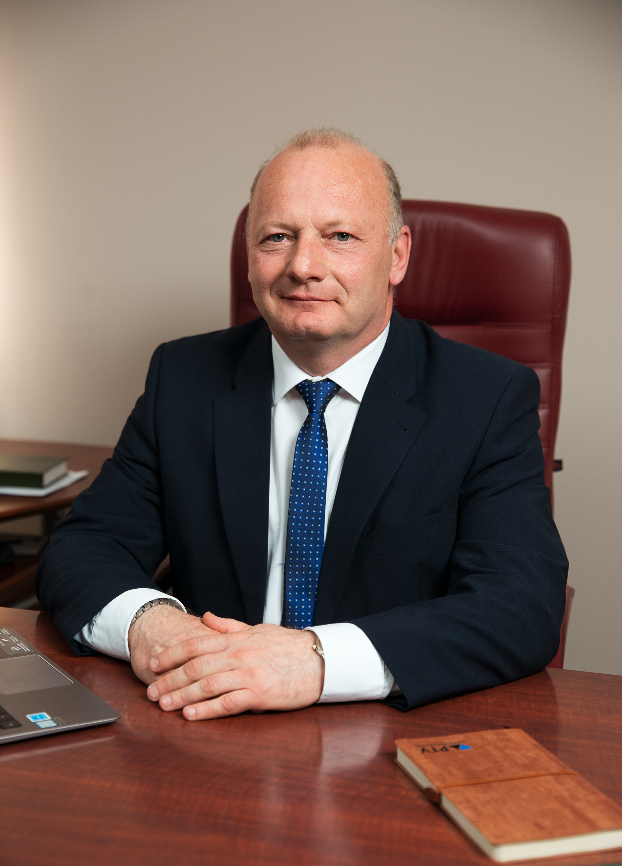 The first ship loaded with coal left the berth of Rosterminalugol JSC in 2001 having thus launched one of Russia’s most technologically advanced and efficient coal terminals. That kicked off the operation of the port of Ust-Luga and the modern railway infrastructure of Oktyabrskaya Railway which annually carries over 100 million tonnes of most diverse cargoes. Today, the port and the hi-tech coal terminal steadily break the records among all seaports of Russia. In his interview with PortNews Magazine, Artur Sedov, Managing Director of Rosterminalugol JSC, tells about the dependence of high performance on efficiency and longstanding partnership with the railway, the most involved sector.

— While preparing for the interview, we asked several experts to comment on the efficiency of interaction between Rosterminalugol and Russian Railways. All of them say it runs like clockwork. None of external observers could think of any problem. How is this smooth cooperation of the terminal and the railway ensured?

— Successful interaction with the railways has been developed for years from the very beginning. The terminal was built from scratch as the first facility of the new port in Ust-Luga. The railway station construction was underway parallel to the port construction. We commenced our partnership with a blank sheet of paper while building, installing new equipment and shaping our communication. The success of the terminal and the prospects of the entire port were fully dependent on commitment and efficiency of both stakeholders. Thus, there was only one variant of interaction with a focus on the result, collaborative decision making and shared responsibility. In the result, we have come to understanding with the authorities of Oktyabsrskaya Railway and the entire Russian Railways that it is essential to develop together. Development of reliable partnership through introduction of coordinated solutions, mutual approval of technological processes and standards is the shortest way to success. Rosterminalugol has been pursuing it for the 25th year already.

— Digitalization of production processes is all the rage today. Are there any achievements Rosterminalugol boasts in this respect?

— Process digitalization is certainly a priority of a specialized terminal and we have always been addressing this issue in respect of the Luzhskaya station together with our key partner, Oktyabrskaya Railway. As of today, handling of one rolling stock unit takes slightly over a minute. This result could be achieved through introduction of a logistics information system allowing for on-line monitoring of cargo movements along the Oktyabrskaya Railway lines and other coal cargo routes, effective planning of cargo arrival and uninterrupted operation on a 24/7/365 basis.

— Could you please elaborate on the system. What is the target?

— Everything began from automated accounting at the terminal and the consequent demand for up-to-date information about cargo sent to us. This information is required long before the cargo arrives at the terminal or at the Luzhskaya station since time is needed to plan the operation of the terminal and its storage areas, loading/unloading of ships and, of course, the order of docking for ships. Our company addressed this challenge together with Russian Railways. The result was a complete transition to an electronic document flow between the companies and integration of our system into the Russian Railways’ Logistics Information System. Now, the system users have an access to real-time tracking of each railcar loaded with coal: from the moment it is loaded at a coal mine to its handling by a tandem railcar dumper at Rosterminalugol. Information on coal movement towards the terminal is analyzed automatically while the cargo is being carried by trains.

Information exchange with the Luzhskaya station and joint planning of cargo flows allowed for the development of an optimal product transportation logistics at the final phase of the chain. When required, open-top railcars with coal of ordered grades are made up into trains that are moved promptly from the station to the handling site without any additional classification.

In terms of digitization, Rosterminalugol and Russian Railways have already transformed from partners into a single whole. In the result, maximum daily unloading initially planned by Rosterminalugol at 700 railcars has increased 1.5 times to 1,200 units while the joint port/railway project has gained a deserved recognition from Russian Railways as the most effective one in Saint-Petersburg/Vitebsk segment of Oktyabrskaya Railway. 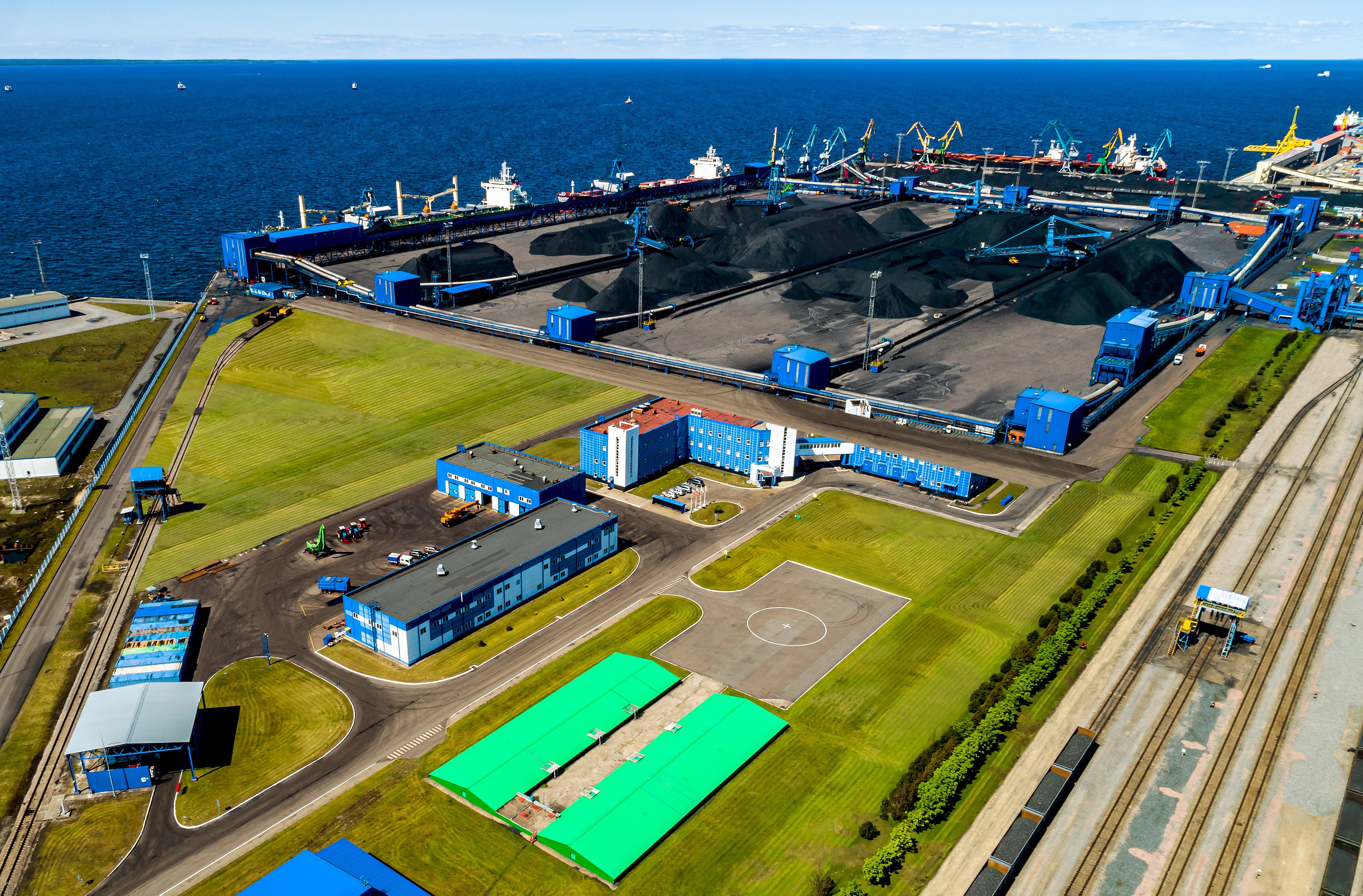 — In the first half of this challenging year, Rosterminalugol demonstrated a considerable growth of performance. What was its driving force?

— In the first half of 2020, our terminal was the only one to show positive throughput dynamics, a total of 10%, year-on-year. The significance of this growth is essential amid the highly negative situation in the coal markets of the North-West region. The increase of handling volumes expressly confirms Russian coal suppliers’ high estimates of Rosterminalugol competitiveness. The consignors vote for the infrastructure, high quality and promptness of cargo handling and, of course, for environmentally safe operations.

The stevedore terminal is the final point of a logistic chain including the cargo loading and its transportation by railway to seaborne transport. Accurate and fast handling of coal begins on the railways. Automation of coal transportation and its technologies are consequently reflected on the efficiency of processes in the port. Attention to details is a priority here. The port and the railway interact on all levels: from working meetings of management to cooperation of specialists on making trains coming from Kuzbass mines to the Baltic berths for over 4,000 kilometers. Special attention is essential for prompt approval of plans on cargo transportation to the East, North-West and South which is possible through a well coordinated work with Transport Service Centre of Russian Railways.

Together with the stakeholders on the railways, all services of the terminal permanently improve the technologies of coal handling. For example, we have introduced a new system for estimation of minimal distance between equipment operating at the coal storage yard. Just think, giant stackers and reclaimers earlier could not operate at a distance less than 70 meters between each other. New anti-collision sensors let those equipment units operate 10 meters from each other. It is a minor detail that saves only few minutes but all those minutes and seconds finally ensure several million of tonnes for the terminal and reduction of expenses for our clients in the challenging market situation. 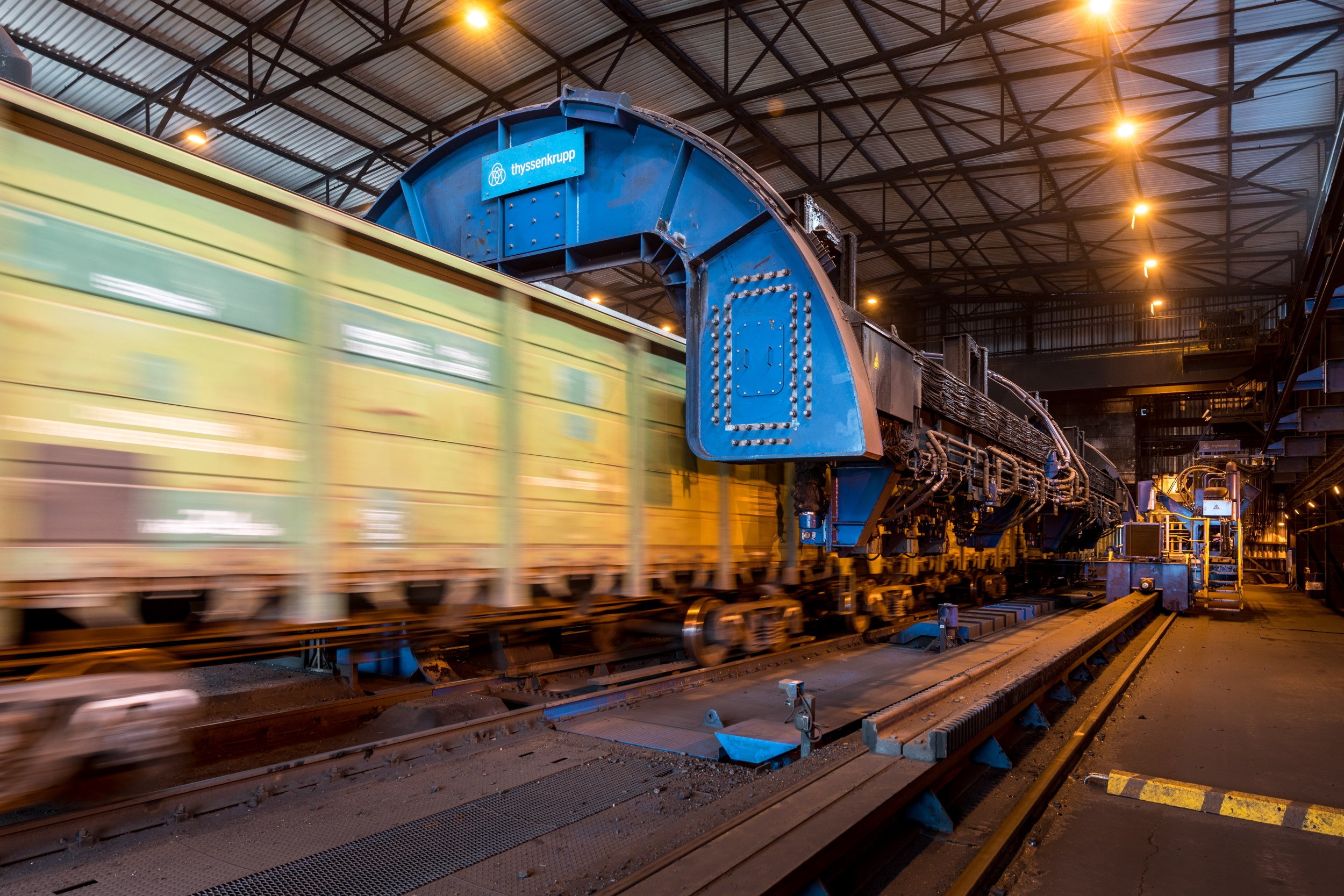 — The terminal has recently undergone scheduled replacement of equipment. What effect did it bring?

— In 2018, Rosterminalugol replaced the tandem railcar dumper that was put into operation back in 2006. At that time, there were no innovative railcars of enhanced capacity and the equipment was designed for railcars with lower characteristics. If a train included an innovative railcar it was to be moved to another track which was a waste of time. Now, the entire train is handled without any delays. The new dumper can handle all types of railcars and up-to-date rolling stock. With the second railcar dumper we ensured new train handling rates and, consequently, faster operation of other terminal facilities.

— Next year the terminal will celebrate its 25th anniversary. What are the brightest moments in its history?

— The entire history of the terminal is perceived as a bright moment. A great impression was produced by the launching of the first railcar dumper and then the second one. Introduction of the coal terminal’s second phase in 2006 and the third phase three years later. The achievements are best remembered in milestone figures. The results we have achieved over the recent decade can actually be referred to as records of Russia’s port industry. In 2010, we handled 7.5 million tonnes of coal being able to handle only 242 railcars per day. Today, the highest daily result for Rosterminalugol is 1,200 railcars. Among the milestone results is the record high throughput in 2017 - 25 million tonnes. Another achievement was loading of 128,000 tonnes of coal onto the largest dry bulk cargo carrier of 170,000 tonnes in capacity!

Of course, the priority of Rosterminalugol is not achievement of peak indicators but a consistent work on introduction of the best available technologies in coal handling segment. It ensures the reputation of Rosterminalugol as a stable and high-prestige employer, backbone enterprise, leader in terms of automation and digitalization of cargo handling processes, reliable foothold of Russia’s coal industry.