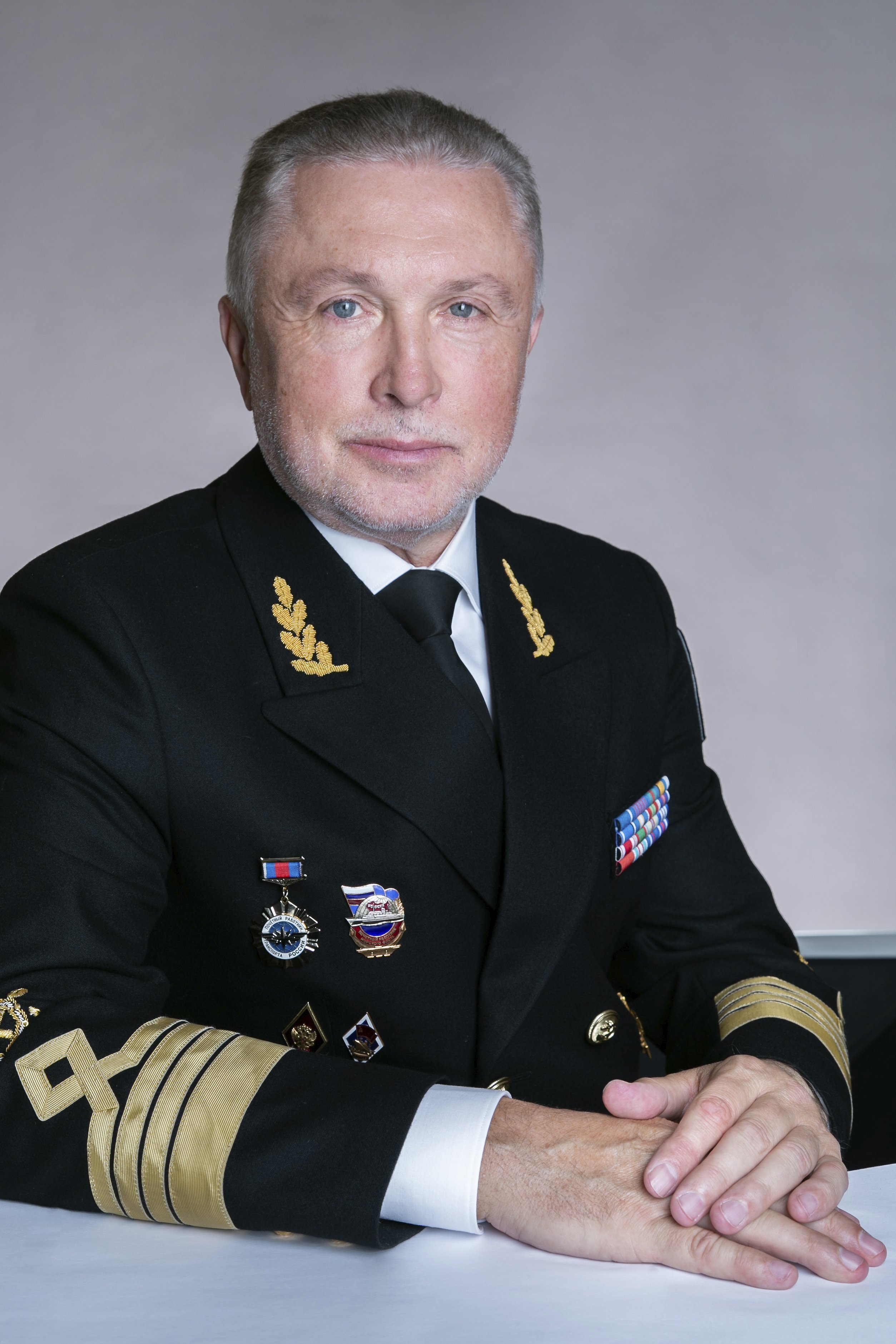 In his interview with IAA PortNews, Aleksandr Poshivai, head of the Federal Marine and River Transport Agency, told about the national project on development of inland water transport, its goal and structure, as well as on financing of IWW.

- Mr Poshivai, why was it decided to launch a project on development of inland water transport?

- The comprehensive plan for upgrading and expanding core infrastructure does not include a project on development of inland water ways. Therefore, following the expanded State Council Presidium meeting held on 28 September 2020, Russian President Vladimir Putin gave instructions to RF Government to look into the development of a national project aimed at the development of inland water transport and financing of IWW maintenance. Debottlenecking measures are to be foreseen, particularly for the inland water ways of the Unified Deepwater System of Russia’s European Part.

“Debottlenecking measures are to be foreseen by the national project”

It should be noted that inland water transport is crucial for interconnection between the territories, for sustainment of the northern regions and hard to access areas, for water industry, hydropower industry, fishery, tourism, shipbuilding and other sectors.
Amid factors hindering cargo and passenger flows we need an up-to-date approach, more detailed and comprehensive one, to ensure effective and innovative development of inland water transport and inland water ways.

In this context, it is reasonable to develop a national project “Inland Water Transport” for a period through 2030 taking into consideration its potential.

- How far has the paperwork proceeded? What about the structure of the national project?

- There is a roadmap for the development of the national project.

For that purpose, a concept of the national project will be forwarded to all entities of the Russian Federation where inland water transport is used.

The key approaches have been discussed with the State Duma’s Committee for Transport and Construction as well as with a professional community.

- What are the key goals of the national project?

- The mission of the national project is the development of RF entities’ territory.

To achieve the national targets and indicators, the draft concept of the project foresees the following:

First. To create conditions for the development of RF entities' territories and to ensure systemic effect (economic, social, ecological and strategic) through raising cargo and passenger flows including tourist flow by inland water ways, development of national shipbuilding, improvement of environment in metropolises and regions, enhancement of national security.

Second. Development of IWW networks to meet the demand for passenger and freight transportation, fulfillment of the country’s transit potential.

Forth. Ensuring safe shipping, technical and safety improvement of hydraulic engineering structures and infrastructure facilities, reduction of the negative impact on the environment.

- What is the social and economic effect expected from the project implementation?

- It is expected that the economic effect will be ensured through taking maximum from the advantages of inland water transport and the potential of inland water ways, faster delivery of cargo and passengers, development of national shipbuilding, domestic and inbound tourism.

The social effect is to be ensured by establishment of a reliable transport infrastructure in hard to access and sparsely populated territories where waterways are the only routes for freight and passengers, enhancement of transport services availability, generation of new jobs, improvement of the population mobility, raising the living standards of people, providing water sustainability.

Besides, wider use of inland water transport in metropolitan areas is to raise the quality of life. 14 of 16 Russian cities with a million-plus population are located close to inland water ways. Their aggregate population is 33.1 million people.

Population in other cities located close to waterways is about 30 million people. So, half of the country population lives and works near rivers.

The ecological effect can be achieved with reduction of harmful emissions through involvement of transport drive by gas, electricity and alternative fuels as well as through activities on environmental rehabilitation of water bodies, raising water level in rivers and construction of modern ships.

The strategic effect is to be ensured by raising the country’s defence capacity.

To achieve the tasks set by the project it is planned to involve all the executive stakeholders on the federal and the regional levels as well as the business community. 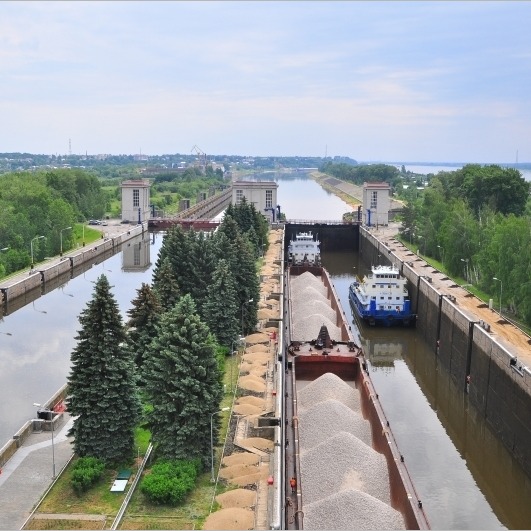 - Is there any multiplicative effect expected from the project implementation?

- The stake is certainly placed on reaching synergies, the multiplicative effect. The national project is expected to fulfill the potential of inland water ways for a social and economic development of the regions and the Russian Federation as a whole; for strengthening the position of inland water transport in the transport system of the country; for making the industry companies more attractive for investors and more competitive; for building up export and transit transportation; for developing domestic and inbound tourism;  for reduction of the transport system’s negative impact on the environment through shifting cargo flows from the land transport to more environmentally friendly river transport.

“The stake is certainly placed on reaching synergies, the multiplicative effect”

Besides, implementation of the national project will give an impetus to digitalization of services provided by inland water transport; contribute to preparedness for oil spill response on inland water ways; ensure revenues from using IWW infrastructure; protect national security interests.

Furthermore, with required maintenance of inland water ways and navigable HESs as well as creation of proper environment for investments in modernization of river infrastructure will allow for further developments – from stabilization of river shipping to its growth.
Achievement of the above-mentioned results will contribute to accessibility of cargo and passenger transportation, first of all in the Far North, Siberia and Far East regions where 75% of waterways are the only routes for freight and passenger transportation.

That will contribute to fulfillment of the transit potential of the Unified Deepwater System of Russia’s European Part (UDS) as well as stable connection of extractive enterprises and industrial companies with the Northern Sea Route.

Having solved infrastructure problems on inland water ways within the UDS it will become possible to arrange new cruise routes linking the Baltic, Caspian and the Azov-Don basins by new passenger ships of mixed river/sea navigation. 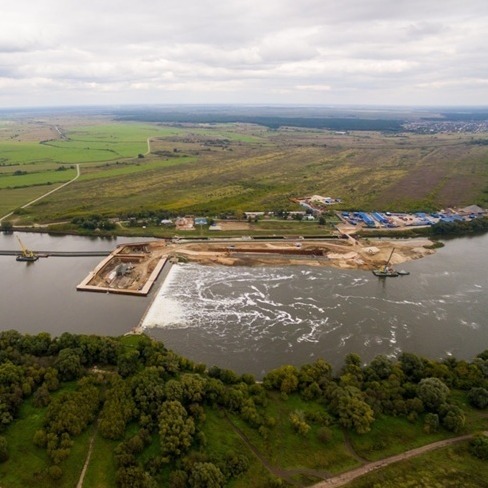 Creation of stable and safe conditions for IWW shipping is a guaranty of RF entities’ interest in doing business, investing in berth infrastructure, construction of cargo and passenger ships.

Thus, conditions will be created for building up passenger and cargo flows on inland water ways, development of national shipbuilding, improvement of the environment.

With the multiplicative effect from the project implementation, we expect increased investments in the economy of the Russian Federation, generation of jobs, particularly in related industries (tourism, shipbuilding etc.), enhanced loading of domestic shipbuilding facilities.

- Is the financing of IWW maintenance sufficient today?

- Today, financing of IWW maintenance is higher as compared with a decade/half a decade ago but it is still below the required level with the norm to be achieved in 2023.

The project foresees ambitious development of infrastructure, support of the shipbuilding industry and measures to make passenger transportation more attractive.

Activities planned till 2030 are estimated at about RUB 700-800 billion which is still to be revised.