Sofia Katkova: "It is necessary to expedite digitalisation of waterborne transport management" 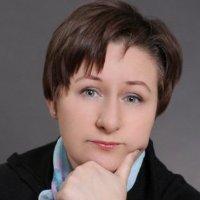 In a short interview with PortNews, Sofia Katkova, the project manager, Morstroytechnology commented on the prospects and feasibility of introducing and integrating the IS PortCall and data-measuring system MoRe.

- The Rosmorrechflot Board at its recent meeting has addressed the issue of introducing the PortCall system in water transport. How do you rate this system and how will the end users benefit from it?

- The system optimizes the work of the harbormaster and the entire port basin in general. At last, we are switching from the "ruler and pencil" to automated and visualized data. I think that the effects of this implementation alone will form the basis of the safety of work in the port (of course, a computer will not replace, but it will help to solve some of the tasks quickly and control human component). I see one more thing here: this activity will be more transparent, and if it is transparent, it also means optimization in many “shady schemes” segments. Video surveillance in water areas and electronic graphics, and if you also incorporate the "control action" immediately into these systems, you can achieve simply remarkable operational results. I have only one question: why only now, why was it not implemented before?

- As it was said at the Board meeting, there are plans to deeply integrate the PortCall data into the "MoRe" and to provide the possibility of obtaining statistical data on ship calls from the "MoRe" as the first step of such integration. How useful do you think this will be?

- It should have been done for a long time. However, I was always haunted by the question, but where is the insights of the "MoRe" system? Why isn't anyone analyzing this data? Why was it implemented? Was it for border control only? If we make the system operational as a tool, then it will give such a large-scale statistical volume for analysis that I want to say: let's go faster! After all, the statistics (and I'm talking about the inland segment), which we analyze now and receive from the River Basins Administrations, actually is awfully distorted. It is awfully ‘raw’! Nowadays, this information is commonly collected by hand from inland ship owners and it is incomplete and not always reliable. Part of the traffic remains “inaccessible” and non-transparent. As a result, cargo owners, realizing this non-transparency, are not always willing to use this mode of transport, since there are risks of lack of full control over both the ship and the cargo. And within the framework of the current issue of the fate of inland waterways, this poses generally a huge problem, which in turn concerns the investment issue.

As to the list of parameters for analysis in the new integrated system PortCall + "MoRe". I consider this work extremely important. I just really want to get involved in the preparation and carefully consider a set of parameters that will be most sensitive to changes in the market and volumes of shipping, types of bunkers, assess the efficiency of river stretches, marine basins, berths, and will correctly assess the activities of sea and river ports (not only in terms of cargo throughput!) and which, ultimately, will help determine and prepare the most balanced investment policy both in seaports and river ports, and on inland waterways.

- It was also mentioned that these systems should provide "a little bit of control". What, in your opinion, does it mean?

- Why so modest? This is what exactly we do need! Implement this “control action” right now! Mr. Alexander Poshivai, the Chairman of the Board, head of Rosmorrechflot says he would be willing to get ‘hard-hitting’ reports. Well, yes, this is an urgent issue. I believe that in the next few years, issues of the development of new information systems, e-document management, integration of various systems will be number one on any agenda.