Andrey Vakhrushev: "Requirements of the Federal Agency for Fishery hamper dredging on the Don" 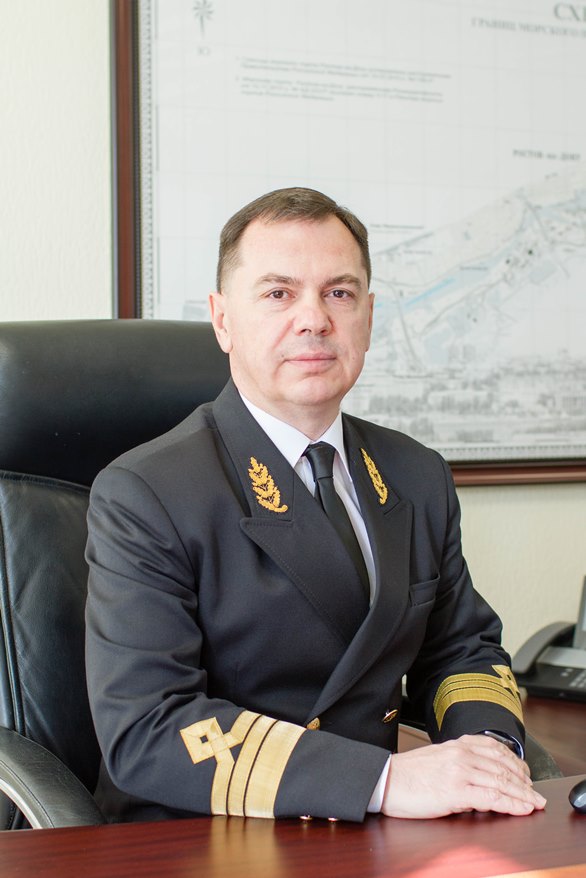 In 2021, FSUE Rosmorport’s Azov Basin Branch will begin development of documentation on maintenance dredging on the shipping section of the Don River from 3121st km to km 3169th km. This dredging project is expected to become an important phase in the development of the ports of Azov and Rostov-on-Don.

In an interview with IAA PortNews, Andrey Vakhrushev, Director of the Azov Basin Branch told about the upcoming project, dredging and renewal of the service fleet.

- Mr Vakhrushev, an invitation to tenders is expected in 2021 for the development of design documentation for maintenance dredging on the fairway from 3121st to 3169th km stretch of the Don River. What kind of document will it be?

- Indeed, this year we plan to start the development of the project named “Environmental feasibility of economic activities to maintain design depths in the navigable sections of the Don River from the village of Azov (the 3169th km) to the 3147th km and from 3142.4th km to Aksai (the 3121st km) for the 2023- 2033 period".

In fact, it will be design documentation for maintenance dredging works on the 3121km-3169km stretch of the Don River, which passes through two seaports - Rostov-on-Don and Azov.
Based on these documents, we will be ensuring safe navigation dimensions for these sections until 2033. The navigation depth there will be 4 meters according to the ports depth marks. This will be a historically significant event and the next stage in the development of the transport infrastructure of the seaports of Azov and Rostov-on-Don, increasing their competitiveness and the level of safety of navigation.

Now work is underway on the Taganrog access channel and in the basin of the Azov-Don sea channel. Dredging will also be performed in the outer and inner harbours of the Port of Taganrog.
I would like to note that our specialists perform at shipping channels revision measurement of depths three times a year. The data obtained are subjected to a thorough comparative analysis, it is determined whether there are any sediment accumulations. Based on the results of this measurement, it is decided which areas need dredging. In addition, some preliminary and survey measurements of depths are carried in the process of the work at each site for analysis and acceptance.

- What dredging vessels will be deployed this year? Are you doing this job solely on your own?

- We involve both our own dredging fleet and third-party equipment: we sign agreements with another organization on a competitive basis.

As to our own fleet, we have dredgers including a pair of multi-bucket dredgers "Kuban-2" and "Dniester". In the long term, we plan to replace old vessels of the technical fleet with new ones. In 2021, the branch's fleet has already been replenished with the Dnestr dredger, two Deltovaya-type hopper barges and Taganrogskaya hopper barge.

- In the area of ​​responsibility of the Azov Basin Branch what areas are of the most concern?

- First of all, this is the section of the Taganrog approach channel at the entrance to the port from PK000 to PK3000. It features intensive sediment accumulation. So we have to conduct maintenance dredging twice a year there to ensure safe navigational depths.

Actually, the ban on the storage of excavated material at the near-water zones of the river is a serious problem for us, when working on the navigable section of the Don River. The position of the Federal Agency for Fishery’s Azov-Black Sea branch remains the same: refusal to approve the storage of soil when using fixed TSHD.

Currently, in accordance with the requirements of the local Federal Agency for Fishery, we must transport all the materials dredged in the Don River to underwater disposal locations in the Taganrog Bay, located at a distance of 49 to 120 km from the dredging site. This reduces the efficiency of the dredging fleet, which increases the cost of maintenance dredging works in the waters of the seaports of Azov and Rostov-on-Don. We have raised this issue more than once at meetings of various levels. However, the problem has not been resolved as yet.

- Cargo owners and stevedores consider Azov-Don Sea Canal to be one of the problem areas when approaching the ports of Rostov-on-Don and Azov. In winter, for example, traffic halts here once in a while. Strong winds cause a significant drop in depths. How do you think, is there a way to improve the situation on the channel?

- Stopping the movement of vessels due to strong gale winds is a temporary measure to ensure the safety of navigation, and it is not associated with insufficient depths on the channel.
By changing the navigational dimensions of the channel, a decrease in the depth and width of the ADSC occurs due to natural phenomena, due to the accumulation of sediments on the shipping lane and the slopes of the ADSC. Regular removal of these sediments layers is possible in the only way - by maintenance dredging, which we carry out annually. The result of this activity is the absence of channel shipping restrictions and the provision of safe navigation dimensions over the past five years.

- What other navigation depths have you managed to achieve due to permanent work?
- If we talk about the Taganrog approach channel, it is 5 meters. On the Azov-Don Sea Canal and on the Don’s Donetsk rapid - 4 meters.
- How quickly is a decision made on individual terminals in terms of measurements near berths and sea bed cleaning?
- According to several documents, including the Law "On Seaports", rules and regulations on the design standards for sea channels, fairways and maneuvering and turning basins, is the responsibility of the organizations operating the facilities for maintaining the design depths in the berths water area to in the navigable section. It does not matter whether they are the owners of the berths or use them on any other legal basis.
Therefore, the operators of the sea terminals independently determine the performers for survey, depth measurements and dredging at the berths. We are not monopolists in this sector. But we consider each request on an individual basis. And if we have the technical capabilities and legal basis, then we carry out the work as soon as possible.