The lead ship of the series, Pola Makaria was included into  the list of Significant Ships of 2018 by the Royal Institution of Naval Architects (RINA).

Krasnoye Sormovo has already built 15 ships of RSD59 design with 5 more under construction and agreement signed for additional 20 units.

Nevsky Shipyard has put into operation two RSD59 vessels, the third one was launched and 2 more ones are under construction.

Okskaya Shipyard has signed contract for more 15 RSD59 vessels (6 were laid down and the head vessel was launched on 03.03.20).

Thus, the total order for RSD59 vessels is 60 vessels for the moment (17 ones has been constructed, 23 are in operation, and 20 are in option).

RSD59 vessels refer to the "Volga-Don Max" type due to MEB internal classification. They have maximum possible dimensions for the Volga-Don Canal.

Vessels of the series can be operated for transportations of general, bulk, timber, grain and large-sized cargoes, dangerous goods of 1.4S, 2, 3, 4, 5, 6.1, 8, 9 classes of IMDG Code and cargoes of category B of IMSBC Code. Sailing regions are Mediterranean, Caspian, Black, Baltic, White, North Seas, including voyages around Europe and to Irish Sea in winter. The new dry-cargo project RSD59, which is constructed in "super-full" ship lines with two dry cargo holds, one of which has a record length for Volgo-Don Max vessels, is the successor of the three-hold RSD49 series. 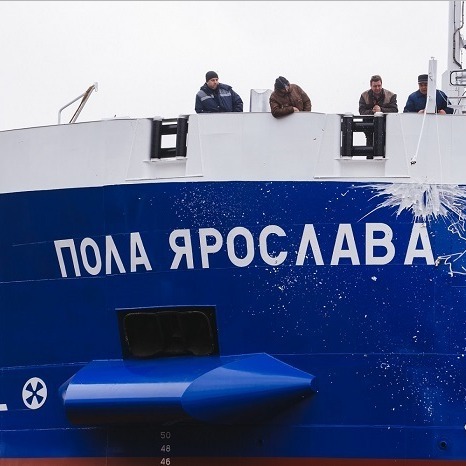 Advantages of the RSD59 project in comparison with the best of the previously constructed dry cargo vessels of the Volga-Don Max class of the RSD49 project (by the example of m/v "Pola Fiva" with increased marine function):

• the existence of a long L = 77.35 m hold (RSD49 vessel has L = 52 m cargo hold ) that allows transportation of oversized and heavy cargo; this is relevant for the market of the Caspian region countries;
• the hold's height is increased up to 9000 mm, that is 620 mm bigger than for RSD49 project. Such height allows to load 9'6'' containers ("high cube containers"), 3 ones in single stack;
• deadweight at draught of 3.60 m is 5320 t (RSD49 has 4507 t), increase is 813 t;
• deadweight at a draught of 4.20 m 6944 tons (RSD49 project has 6021 t), increased by 923 t;
• deadweight at the maximum draught of 4.706 m is 8144 t (RSD49 has 7143 t at maximum draught of 4.70 m ), increase is 1000 t;
• removable type hatch covers are installed. Opening and closing of each section is operated with the help of a special frame crane, which is located in the area of the front bulkhead of the residential superstructure;
• movement and controllability are provided by two rudder propeller units (better maneuverability in the narrow waters, more cargo space due to the reduction of size of engine room).

The project is designed for a class notation KM Ice2(hull; power) R2 AUT1-ICS BWM(T) CONT (deck, cargo holds Nos.1,2) DG (bulk, pack) of Russian Maritime Register of Shipping and meets all the requirements of international conventions acted at the moment of the vessel's keel laying.

In this case, RSD59 vessels' deadweight is the largest for dry cargo vessels satisfying the dimensions of the Volga-Don Shipping Channel.

The operating speed is 10.5 knots.

Two medium-speed diesels (main engine) of 1200 kW each use heavy fuel oil with viscosity of IFO380 Heavy fuel stores are placed in deep-tanks in area of the ER fore bulkhead, separated from outside water by double bottom and double sides.

Crew consists of 11 people, total places onboard are 14. Sanitary and pilot cabins are provided.

Designed vessel hull's life term is 24 years. The double bottom is designed for distributed load with intensity of 12 tons per square meter, and also allows to use 16 t bucket grab.