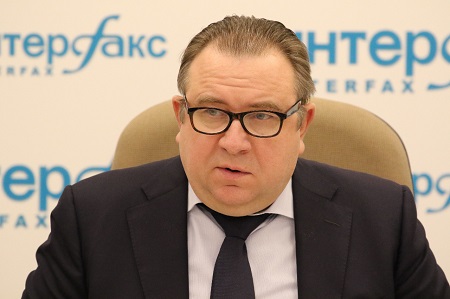 United Shipbuilding Corporation (USC) is set to occupy about 57% of Russia’s shipbuilding market by 2030, IAA PortNews correspondent cites USC President Aleksey Rakhmanov as telling journalists during the online media conference organized by Interfax. According to him, the shipbuilding market features few but expensive ships, first of all gas carriers for NOVATEK, which can only be built by Zvezda shipyard.

Aleksey Rakhmanov said that fixed contracts of USC as of 2020 are estimated at RUB 123 billion. As for potential contracts of USC, their price can range between RUB 511 and 817 billion.

“In general, the market is reviving and we see that with the reduction of rates and the possibility to involve a captive leasing company, many of our customers revise their construction plans and shift them to earlier dates. Civil shipbuilding within USC has seen the growth of 30% per year from 2016. In 2016, we manufactured civil products worth of RUB 15 billion with the task set for 2020 is to reach the level of RUB 91-92 billion ... This situation will last till 2035-40 until the domestic market is saturated, amid the current parameters of transportation by inland water ways.

Those figures are being permanently elaborated... For example, we see that the total traffic along the North-South corridor is estimated at 9 to 18 million tonnes per year. This segment will have a major impact on our plans...

We are ready for the future structural fluctuations. It is important to avoid reoccurrence of the situation we had with fishing companies ... which had designs brought from Norway. They did not meet the requirements of our Register and often comprised a collection of funny pictures instead of a detailed design”, said Aleksey Rakhmanov.