Russia developed proposals regarding ban on HFO use in Arctic shipping 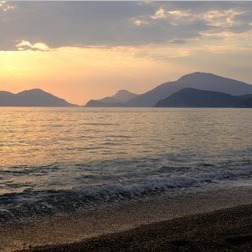 The Ministry of Transport of the Russian Federation has developed proposals regarding the ban on the use of heavy fuel oil by ships in the Arctic waters, Maxim Kulinko, Head of Rosatom’s Department for Development of NSR and Costal Territories, said at the online meeting of Northern Sea Route Public Council.

According to him, the proposals will be submitted for consideration at the IMO’s MEPC 76 session scheduled for October 2020.

Russia proposes that the ban on HFO use should come into effect from July 2024 without covering the ships ensuring safe navigation, ships involved in search and rescue operations and OSR vessels.

Besides, it is proposed to grant an indulgence till 1 July 2029 to vessels with tanks featuring structural protection in compliance with MARPOL and Polar Code requirements.

The proposals also foresee the right of each Arctic state for excluding national-flagged ships including FSOs from the ban.