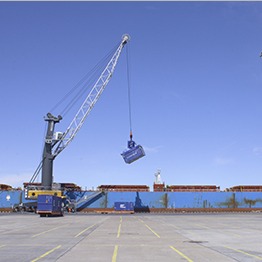 In January-August 2020, the port of Ust-Luga handled 69,119,800 tonnes of cargo, which is flat, year-on-year, says Baltic Sea Ports Administration.

Ust-Luga port is situated practically at the border of the Russian Federation and the European Union. The deep water area of the port (17.5 m) together with the approach channel (3.7 km) make Ust-Luga port the only Russian port on the Baltic Sea capable of admitting dry-cargo vessels with the deadweight of up to 75,000 tonnes and liquid cargo carriers with the deadweight of up to 160,000 tonnes.