The lead Leader ship is to begin operation in December 2027 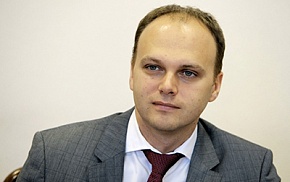 Three nuclear-powered icebreakers of Leader type will be put into operation in 2027–2032, IAA PortNews correspondent cites Alexei Besrozvannykh, Deputy Minister of Industry and Trade of Russia, as saying at the X International Forum Arctic: Today and the Future.

According to him, the lead Leader ship is to begin operation in December 2027 .

The nuclear-powered icebreaker will be able to make a channel of up to 50 meters wide to ensure economically efficient year-round operation of large cargo ships (from 50,000 tonnes) and 50-meter wide gas carriers of Arc7 class on the Northern Sea Route.

The contract on the construction of the nuclear icebreaker Leader (project 10510) was signed remotely on April 23 by Rosatom subsidiary FSUE Atomflot and Shipbuilding Complex “Zvezda”.

Under the contract, the ship is to be put into operation in 2027.