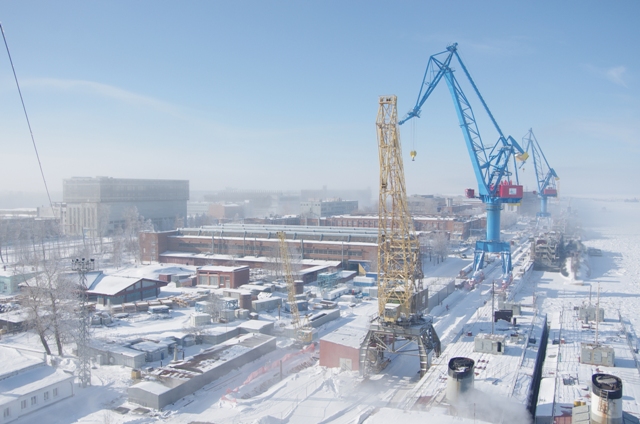 Sevmash, a company of USC, will build two more Borey-A-class missile carries under the contract signed in 2020. The submarines will be named Dmitry Donskoy and Knyaz Potyomkin, Sevmash General Director Mikhail Budnichenko told the Zavod Magazine when summarizing the results of the passed year.

The shipyard is currently building four nuclear-powered submarines of Borey-A design. One of them, named Kmyaz Oleg, was floated out in July 2020. It is undergoing outfitting and manufacturer’s trials at one of the berths of Sevmash.

Sevmash is also building nuclear-powered submarines of Yasen-M design, Voronezh and Vladivostok, laid down in July 2020. The keel-laying ceremony was attended by Russian President Vladimir Putin via video link with Severodvinsk. A total of eight ships of this design is under construction at Sevmash.

According to Mikhail Budnichenko, the shipyard continues building the Khabarovsk submarine, testing the Belgorod submarine and constructing modern dock facilities. An extensive scope of work on repair and modernization of the Admiral Nakhimov cruiser is underway at the shipyard. Upon completion of those works it will become a flagship of RF Navy. Sevmash is implementing contracts on military and technical cooperation – service maintenance of the Vikramaditya aircraft carrier and service maintenance of nuclear-powered submarines of the fourth generation in their home bases. The shipyard portfolio also includes some civil orders: manufacture of components for an ice-resistant fixed platform «А».

Besides, Sevmash supplies a variety of industrial goods, mainly to USC companies.

In 2021, the company will continue implementing its production and service maintenance programme and will start the new phase of upgrading and modernization of facilities to prepare for construction of nuclear-powered submarine of the fifth generation.