Icebreaker assistance period completed at the seaports of Rostov-on-Don, Taganrog, Azov and Yeisk 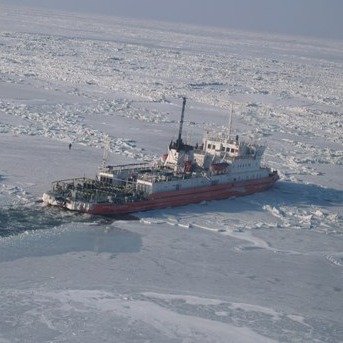 Icebreaker assistance period completed at the seaports of Rostov-on-Don, Taganrog, Azov and Yeisk by the orders of the Harbour Masters. All the restrictions have been lifted. According to the regional correspondent of IAA PortNews, that was announced at the open meeting of the Basin Committee.

The decision was made due to the improvement of ice situation in the Taganrog Bay and stable positive temperatures according to the forecast of Russia's Weather Service.

Winter navigation season ended in Rostov-on-Don, Taganrog and Azov on March 18. The work of icebreaker headquarters, Basin Commission and the Unified Situation Center have terminated their work.

In Yeisk, the season ended earlier, on March 15.

“Over the season, the icebreakers assisted over 4,000 ships… As for the throughput, the growth of the Azov and Yeisk in the recent two months was 68% and 9.5% accordingly with Rostov-on-Don having shown of a slight decline of 1%”, says Sergey Safonichev, head of the Azov Sea Ports Administration.

According to the head of Taganrog PSCI Aleksandr Danilenko, the icebreaker assistance period in Taganrog lasted for 101 days, in Yeisk – 99 days.

“Four years ago, 2,500 ships were assisted by icebreakers over the same period, two years ago - 3,500 ships. We see the growth from year to year”, explained Aleksandr Danilenko.