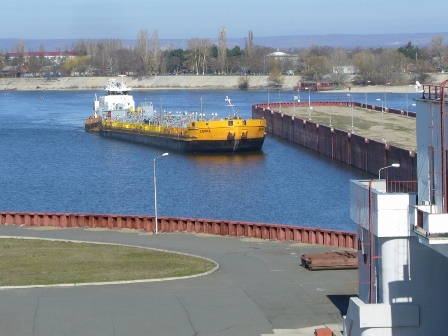 The consolidated freight traffic within the Azov-Don basin of Russia’s inland waterways reached 4 614 000 tonnes of various types of cargo as of August 1, 2021, or 1% higher on the same period of 2020, the Azov-Don Basin Administration’s Jan-Jul statistics showed.

Inland waterways actual depths in July this year from the 132nd channel entrance up to the 132 Konstantinovsky hydro engineering facility were 395-400 cm, on the Konstantinovsky to Kochetovsky stretch – 370-400 cm, on the Kochetovsky – First Arpachinsky riffle stretch – 355-400 cm, from First Arpachinsky riffle to the 3121-km stretch of the Don – 370-400 cm.

The Federal Azov-Don Basin Administration is responsible for management and control of inland waterways of the Don River from the lower access channel of Lock No 15 (Tsimlyansk Reservoir) to the village of Aksai (the 3121-km stretch of the Don), except for Nikolayevsky and the Konstantinovsky hydroengineering facilities, and the tributaries of the Don River, Seversky Donets (from Krasny farm to the mouth) and the Manych River (from the Novo-Manychskaya Dam to the mouth). The total length of the Azov-Don Basin Administration managed inland waterways reaches 691.3 km.