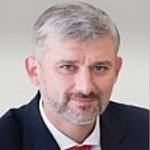 - Vice Prime Minister Maxim Akimov has extended the deadline as we requested: we faced a need of restructuring, reshuffling and updating the membership of the project. There is a group of anchor investors creating the infrastructure. Some of those who were involved in negotiations and used to confirm their participation in construction of terminals now say their interest has changed in favour of other ports. There are vacancies now and we have to amend the model, of course.

Besides, the port’s physical configuration has changed: some plots planned for construction have been excluded.

...In general, the project is quite old. RMP-Taman is currently updating the design specifications and estimates… The deadline announced is May 2019.

We expect the contract to be implemented on time and the project configuration relating to water front structures to be obtained in May. Since two plots of the project have been excluded, we will have to invest in additional land reclamation to preserve the same area and economic efficiency.

From the interview with TASS