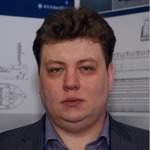 - Apart from a well known factor of civil fleet aging, the backlog of shipbuilding orders in Russia is more and more influenced by factors related to toughening of international requirements on protection of the environment ... 353 cargo ships of inland, sea and mixed navigation have been built over the first 18 years of the XXI century. Among them are 210 tankers and OBO carriers and 143 dry cargo carriers. 42 ships are under construction including 31 dry cargo carriers and 11 tankers. Tankers account for 60% of the total number of newbuilds and 26% of ships under construction. Dry cargo carriers make 40% and 74% accordingly.

Predominance of oil/chemical/OBO carriers was evident up to 2017 with the changes towards dry cargo carriers seen from about 2016. Russian shipyards have delivered 244 ships with 36 units in construction which means that this type of ships, unlike sea going ones, is build (70%) and being built (86%) by Russiasn shipyards...

The interest to tankers is driven by their higher profitability (up to 2016) and availability of large volumes of oil products.
Therefore, Volgo-Don Max ships featuring the largest dimensions suitable for inland water ways accounted for 77% of tankers (161 units) and only 40% of dry cargo carriers.

As for vessels under construction, dry cargo carriers of Volgo-Don Max type make 68% which reflects the growing rates for transportation of dry cargo with grain and crushed aggregate being the key growth drivers.

The construction of new tankers to replace old Volgoneft ships will pay off by 2022.

Today, the most notable phenomena in Russia’s water transport industry is the large-scale construction of tankers of mixed river/sea navigation featuring extra full hull forms, which is not typical for global shipbuilding. They are ships of Project RST27 based on OBO carriers of Project RST54, chemical carriers of RST12 and RST27M designs and dry cargo carriers of RSD59 and RSD79 designs.

The interest to new dry cargo carriers is primarily driven by insufficiency of tonnage for grain exports and for short-sea transportation of aggregate.

Well known freight volatility in the dry cargo market has forced ship owners use all possible ways to increase returns from their ships’ operation. In this respect, special attention is paid to oversize and overweight cargo ...

Besides, there is a considerable interest among small-size and mid-size ship owners to vessels of Project RSD34. To launch the series of such ships a new step, operational leasing, is needed...

From the report at the 3-rd International Conference ShippingRu 2019