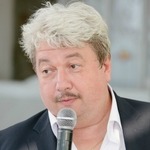 - Discussions of state support measures for shipbuilding and marine engineering have been underway for quite a long time already, not only in recent history but starting from the late 19th – early 20th century and industrialization periods (first five-year periods) of late 20ies – early 30ies of the 20th century.

The problem is that those involved in the discussion confuse commercial shipbuilding for private customers with naval shipbuilding and construction of civil ships for state purposes.

Strange enough, few care about the cost of construction for the second and the third purposes...

The situation with business is absolutely different.

First of all, those are private vessels and they should pay back. Secondly, the market implies competition with ships built in other countries…

Fourthly, domestic river business features numerous problems. The key one is its seasonal character since rivers get frozen in winter and the fleet is in operation between March and November, or even less than two months in eastern basins.

Even during the navigation season, the water level is a great challenge.

Besides, the fleet is actually old indeed.

There is one more essential issue. The interests of shipbuilding and marine engineering are different… Therefore, support of those segments should be considered as interrelated but it is not a single process.