Stick without carrot for fishermen 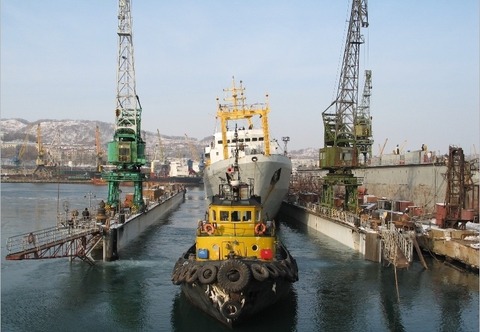 While addressing the problem of non-calling ships, Russian authorities threaten with hindering operations of the entire fishing fleet. In fact, after repairs performed abroad this status can be extended to all Russian fishing ships.

The background for ships known as non-calling goes back to 1990s. Due to destruction of the domestic shipbuilding, fishing companies were forced to have their ships built and repaired in foreign countries. When returning to Russia, ship owners had to pay almost a quarter of the ship’s contract value as taxes (5% — customs duty, 18% — VAT). In the result, fishing ships started unloading their catch in foreign ports where they also underwent repairs and crew changes. That was how non-calling fishing ships appeared in Russia. The problem had been neglected for decades. According to media reports, Murmansk alone numbered about 100 “non-calling” in 2005.

Russian authorities have decided to return domestic fishing ships to domestic harbors. Customs amnesty was announced for such ships in 2016. “According to the Federal Antimonopoly Service, 73 ships of the fishing fleet entered Russia in 2016–2017. Customs dues relief totaled RUB 615.4 million”, — said the Ministry of Agriculture in its explanatory note. However, there were not that many companies willing to take advantage of the customs amnesty. In May 2019, Russia still had about 90 non-calling ships including 40–50 units in the Northern Basin, TASS referred to Ilya Shestakov, head of Rosrybolovstvo (Russian Federal Fisheries Agency).

For the fishing right

So the authorities decided to return non-calling ships through other means. In 2018, the Ministry of Agriculture drafted an RF Government Decree on procedures for re-execution of licenses for using fishery plots (“On introduction of amendments into the Rules for preparation, granting, registration, termination and cancellation of licenses for catching aquatic biological resources as well as introduction of amendments approved by RF Government Decree dated 22 October 2018, No 775. — Ed.). The document introduced the ban on granting of fishing permits to Russian-flagged ships that have not passed customs clearance.

That document discussion dragged on. Yet, its revised edition was published in June 2019 on the federal portal for draft regulatory documents. Its additional clauses will be applicable to all fishing ships that have undergone any repairs abroad. “The document developer suggests granting permits for harvesting of aquatic bioresources upon completion of customs clearance of ships”, Russian Association of Fishery Companies, Entrepreneurs and Exporters told IAA PortNews.

Thus, there is a proposal to change the current principle of interaction between fishing companies and customs authorities. It is not ideal but quite viable. According to the current procedure, fishing ships leaving Russian ports for fishery or repair are covered by the customs regime of temporary exports or processing beyond customs area. The regime is closed upon arrival of ships to Russian ports and payment of customs duties.

When speaking at the meeting of the RUIE Committee for Fishery and Aquaculture, Vladimir Grigoryev, BoD Chairman, Union of Northern Fishing Business, said that ship owners are now supposed to submit declarations when ships enter the ports after each repair abroad. “In practice, the companies get invoices for such services from contractors within three months so they cannot immediately apply for fishing permits”, he explained.

So, if a Russian trawler returns to a Russian port one month after repair the ship owner should immediately submit documents for customs clearance. However, regardless of its readiness to pay it cannot be done because foreign contractors forward invoices at least three months after repair while ship owners cannot apply for customs clearance without invoices. Therefore, such ships automatically turn into non-calling ships or stay idle during all bureaucratic procedures.

It would seem, a solution has been found for all problems — one document can return all non-calling ships to the ports of Russia and simultaneously load national ship repair facilities. Yet, the reality is ambivalent.

According to the RUIE Committee for Fishery and Aquaculture, the network of ship repair facilities for the fishing ships numbered 30 companies in 2018. Among them were 18 large and small-scale enterprises including 10 in the Far East, 2 in the Northern Basin, 1 in the Western Basin, 2 in the Southern Basin and 3 in the Caspian Basin. About 80% of their fixed assets are worn out and obsolete. Some of them have lost their specialization. In general, dedicated companies can meet maximum 15% of the fishing companies’ demand for ship repair. That is why, almost all fishing ships regardless of customs clearance, leave the country for repair. Spare parts are also purchased abroad.

Aleksey Bulgak, President of the Pollock Catchers Association (PCA), says that almost all fishing ships repaired and upgraded abroad are covered by restrictions amid the fight against non-calling ships. “In the Far East, 2/3 of large and mid-size fleet have to undergo scheduled and emergency repairs”, he emphasized.

According to Aleksey Bulgak, effectiveness of the new document for the budget is expected to be incomparably lower than financial losses. For example, 14 non-calling ships are involved in Pollock harvesting. Over the 10-month period of 2019, they caught 244,000 tonnes of pollock which accounts for 15% of the total catch. If those ships are withdrawn from the fishing process, financial losses will total RUB 18 billion while the budget will be short of RUB 1.4 billion of VAT with local budgets to miss RUB 463 million of income tax.

“While addressing the problem of non-calling ships the document can make the entire fishing fleet of Russia non-calling, which should never come to pass”, insists German Zverev, Chairman of the RUIE Committee for Fishery and Aquaculture.

In the end of the previous year, the ad hoc committee of the Russian Union of Industrialists and Entrepreneurs (RUIE) developed recommendations for the federal authorities on a comprehensive approach to the customs clearance of non-calling ships. In the beginning of 2020, RUIE President Aleksandr Shokhin called on the heads of nearshore regions to back those recommendations and to inform the RF Government about that support.

In his address to Vice Prime Minister Victoriya Abramchenko, Sakhalin Region Governor Valery Limarenko points out to premature approval of the draft document and to the need to consider its requirements after raising basic operating assets of shipbuilding and ship repair companies to the level complying with the current international standards on maintenance of fishing ships.

Evidently, the stick approach is viable when attractive conditions are created simultaneously. In this case, the carrot can be represented in the form of a developed and advanced ship repair base. Unfortunately, this segment cannot be revived immediately. It requires a comprehensive approach with economic incentives for the development of ship repair facilities.