A recipe for ship repair revival 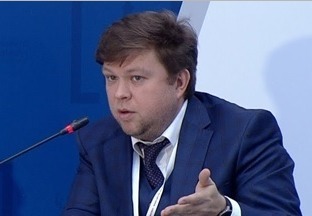 Maintaining good technical condition of the fleet is no less important task than building new ships. In recent years, the state has been focused mainly on keeping local shipyards busy with new orders. The issues of high-quality repair job (save for repair contracts under state defense orders), as well and state support of this sector are not addressed as often as we would like. We believe that ship repair is the very direction that could provide added momentum to import substitution agenda.

Since 2019, the situation has been changing. There is a separate section on ship repair included in the shipbuilding industry development strategy for the period until 2035, approved by the Russian Government as of October 28, 2019 (Decree No. 2553-r).

As of now there are currently about 50 large and more than 100 small and medium ship repair firms operating in Russia, the document said. At the same time, quite a large number of small companies are doing their business on the principle of “flying teams”. The Federal Tax Service reported that according to Russian Classification of Economic Activities (OKVED 33.15) more than 400 businesses were registered as providers of “Repair and maintenance of ships and boats” services. Most of them do not have their own docks and, and when necessary they utilize the services of other organizations.

Enterprises are unevenly distributed throughout the country: the North-West - 47%, the Center and Volga region – 27%, the South – 10%, the Urals and Siberia – 4%, and the Far East – 12%. At the same time, enterprises located in Russia’s North-West and Far East Federal Districts specialize largely in the repair of ships and vessels for the Russian Ministry of Defense. Companies based in the Kaliningrad region appeared to be at an advantage over other firms. The region enjoys a free economic zone regime and, as a result, VAT exempt. An additional advantage of the region’s shipyards is their proximity to European suppliers of marine equipment.

The largest dockage facilities are owned by enterprises that are part of the United Shipbuilding Corporation (USC). In the North-West of the country - Sevmash, Zvezdochka (with branches), Dockyard (SRZ) No10 and No33, Kronstadt Marine Plant and Far Eastern Shipbuilding & Ship Repair Centre (DCSS) - DVZ Zvezda, Dalzavod, Northeast Repair Center, Dockyards (SRZ) No30, No82 and No179. Their facilities enable them to do any type of ship repair jobs. For example, the Arkhangelsk branch of the Krasnaya Kuznitsa Dockyard, Zvyozdochka Ship Repair Centre, are able to provide drydocking of 9000 DWT ships. However, these enterprises are mainly involved in the execution of contracts under the State Defense Order, while civilian orders are awarded to middle-level enterprises, such as the Nevsky Shipbuilding and Ship Repair Yard, Livadia Repair and Shipbuilding Yard, PREGOL, Slavic Shipyard, etc., and more often are secured by foreign shipbuilders.

That is, based solely on statistics, the total number of Russian enterprises and their available equipment (39 floating docks of different lifting capacity) indicate they are capable of performing work, but the demand for such repair services is steadily declining. The fact is that the average age of their docks exceeds 40 years, and recent incidents with floating docks PD-16 and PD-50 indicate a high depreciation of fixed assets.

There are also natural constraints. Drydocking and maintenance of civilian vessels are carried out, as a rule, in seaports and at dockyards located on rivers, and this significantly limits the possibility of modernization of deep draft ships.

Ship repair and retrofit orders are commonly placed with South Korea or Chinese (for ships operating in the Far Eastern Basin), Norway (Northern Basin) and Turkish (Southern Basin) shipyards. Over the past 30 years the enterprises in these countries have earned the trust of Russian customers due to shorter contract execution time at a competitive price. Ship repair orders placed by Russian shipowners constitute 75% of all order intake at Norwegian shipyards. Given that a significant volume of the catch is exported, shipowners prefer to carry out repair and maintenance in the same place where they export their caught fish. According to Norwegian owners of fishing business, one Norwegian krone of the live fish cost brings NOK 3.41 to related industries like ship repair, fishing gear production, etc. When it is more profitable to transport a biological resource abroad, the entire production chain goes to foreign competitors.

At the same time, Russian shipyards, without firm intake of shipbuilding and ship repair orders, cannot provide similar conditions. At the same time, the purchase of imported marine components constitute up to 70% of the maintenance and repair cost. The imported components, in addition to VAT, are also subject to customs duty.

The lack of a unified pricing system is a problem not only in shipbuilding, but also in ship repair and conversion sector. In addition to objective factors (geographical location), the cost of the same work may be very different even at enterprises located in the same region. In this regard, the establishment of uniform tariffs for standard types of work can be one of the measures to stabilize the Russian ship repair market. The introduction of such tariffs for the repair of ships owned by state enterprises will allow testing this method. If the measure turns out to be positive this method could be extended to all enterprises in the country.

The competition between domestic shipyards and their foreign rivals is complicated by the fact that many manufacturers of imported marine equipment required for outfitting ships, were forced to leave the Russian market due to sanctions.

Another key problem is the shortage in the industry of skilled personnel. In particular, the average age of specialists at shipyards in the Southern Federal District exceeds 52 years. The staff reinforcement by graduates of Russian educational institutions is uneven across the country and lags behind the demand. The shipbuilding specialists are primarily concentrated in the North-West Federal District, which traditionally has higher utilization of both shipbuilding and ship repair capacity.

Experts estimation shows that unit man-hours in Russian shipbuilding sector is three to five times higher than abroad. Compared to foreign shipyards, the conditions for financing the construction and repair of ships are less favorable due to the higher interest on loans and the requirement of own investments. There is also no targeted government support.

The economic situation of Russian shipyards and their competitiveness could be improved by adoption of a draft law prepared by the Ministry of Industry and Trade of Russia. The law provides for the establishment of a zero rate of VAT for all types of shipyards, modernization, retrofit, overhaul of Russian vessels of all types, regardless of their location.

In addition, shipbuilding professions should be popularized for the timely reinforcement of enterprises with qualified personnel, build long-term partnerships between educational institutions and shipyards, and develop targeted training programs. It is also necessary to carry out a large number of R&D involving young researchers to create and implement the most effective technologies.

The development of scientific complexes and technology parks around large shipbuilding and ship repair enterprises will also contribute to the introduction of modern technologies and, as a result, reduce labor intensity. A good example is the Arkhangelsk Shipbuilding Complex, which integrate the largest enterprises in the region. Within the framework of the cluster, 75% of 50 500 jobs became highly productive. Currently, the cluster can carry out a full cycle of ship construction. In conjunction with Nordic Engineering, a growth strategy for the expansion of ship repair enterprises in the region is being developed. The strategy implementation will boost the competitiveness of Arkhangelsk enterprises and bring in additional orders and in fact earn the trust of Russian customers.

According to the Strategy, by 2035 it is planned to double the volume of ship repair jobs (to RUB 144 billion), as well as increase the efficiency of production planning and management in shipbuilding organizations and ensure their financial stability.

I would like to believe that the government will take real steps to achieve these goals. Only through joint efforts of the state, business, enterprises and designers can we ensure the systematic development of the industry. However, customers' trust can be earned only by high-quality and timely execution of work.

Exodus from the Baltics: redirection of Russian cargo from the neighboring Baltic ports